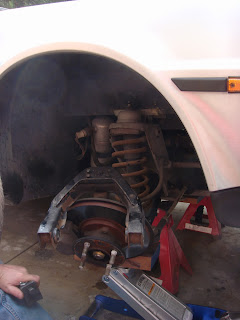 Sway bar bushings should not be tightened unless under a load.