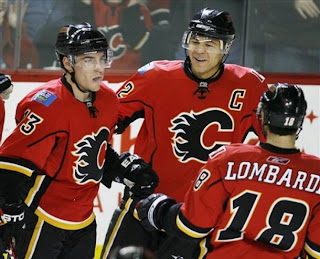 Calgary Flames beat the Edmonton Oilers 6-4 in the New Year's Eve Battle of Alberta. Flames Captain Jarome Iginla and Mike Cammalleri each scored two goals and added three assists. The five point game is a first and career high for both. The also put the Flames at a solid first place in the Northwest Division heading into the new year....Happy New Year, indeed.
Posted by awildermode at 23:28 No comments: 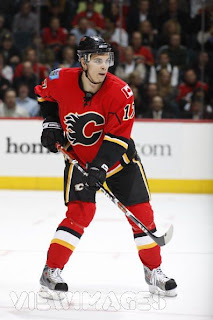 Rene Bourque scores three goals to get his first hat-trick in a 6-3 Calgary Flames win over the Ottawa Senators. Awesome!
Posted by awildermode at 22:10 1 comment:

By far, the BEST chase scene in cinematic history. Enjoy.

Posted by awildermode at 12:42 No comments:

Labels: Back to the Future, Entertainment

Posted by awildermode at 17:20 No comments:

The Dark Knight on Blu-Ray

The biggest movie of the year is released on DVD/Blu-Ray, today. Also, I am going on vacation. Yeah, you guessed it, I will spend my time off watching The Dark Knight and all the special features. I also just got Call of Duty: World at War for PS3...yep, that is pretty much what I will be doing. Although walkinvisible would rather have me updating my blog during my free time.

Flames take on Canadiens tonight in a rematch of the 1986 and 1989 Stanley Cup Finals, the last time two Canadian teams met in the Finals. Could tonight's game be a sneak peek of the 2009 Cup Finals??? GO FLAMES!
Posted by awildermode at 07:13 No comments: