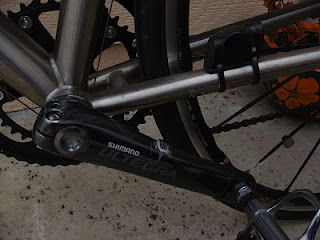 The rider behind me saw my tire hit the bird and said that it was laid out. I did not get a chance to look back as I was going kinda fast and picking up speed. Poor bird, I think it committed suicide.
Posted by awildermode at 18:11

A cat once ran under my car while I was driving. Suicide. Definitely.