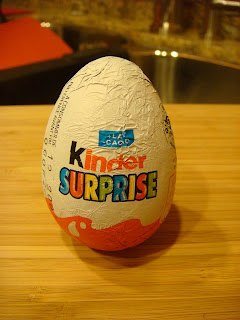 Kinder is a candy from Germany. I first these in the summer of 1999 while in Europe. On a limited budget, I only brought back about four. "Kinder" means children in German, like Kindergarten or garden of children. 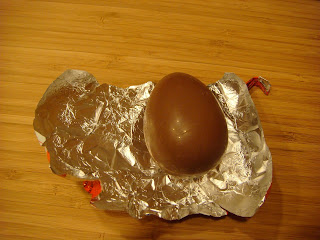 First you unwrap the foil. I am not a big fan of chocolate, but this is good chocolate. It is shaped like an egg, which makes it really hard to transport while backpacking across Europe in the summer. 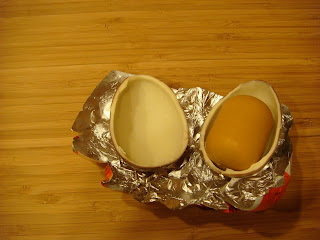 Crack open the egg and you see white chocolate on the inside of the shell. The best part is the surprise inside. 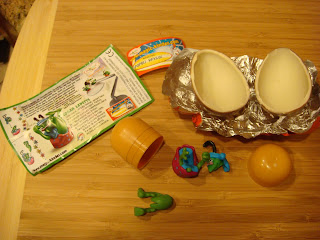 Inside each capsule is a toy. Like this one, the toys require some sort of assembly. Sometimes they cheap out and just give you stickers. Most of the time it is a cool toy like this. 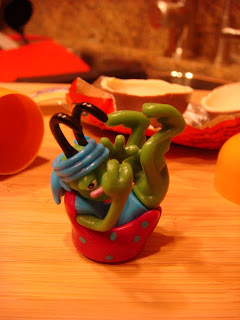 This toy is some sort of grasshopper character, nicely sculpted and painted. It also has a magnet on the bottom. All this and candy for about €1.70, about $3.00 US. Little steep, but everything in Europe is.

Last year, I returned to Europe. The first thing I was looking for when we got to Germany was Kinder. the candy is long gone, but I still have the toys. I also have the toys from my first trip to Germany. The one above is from friends who just got back from Paris. The candy from this patch is gone too.
Posted by awildermode at 19:42